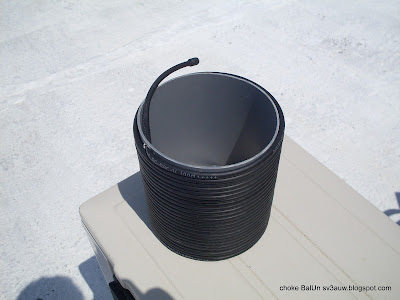 I decided to upgrade my antenna remote system. From time to time, especially when the ambient humidity is high, I have RF in the shack. Nothing so serious as RF-bites or CPU malfunction but the RF is there ready to attack my speech processor or my PC monitor. It happens at the lower bands i.e. 80m and 160m, making the qso achievement quite difficult.
Since my London-days, I have made a Walter Maxwell W2DU type ferrite bead choke but I feel it leaves a lot “unsatisfied”!
First thing first, I will change the orientation of my remote tuner and its feed line. As it is now, it lays under the eave of the shack roof in parallel to the roof. So does the RG-213 feeding coaxial cable. Although I have install at least one counterpoise wire for each of the amateur bands, it seems that it “sees the outer shield of the coax as counterpoise wire itself.
I will box the Remote ATU in a water resistant refrigerator box and I will do the same for the coaxial current choke I made today. I have to start from something, haven't I?!
I've done a lot of internet search about Common Mode currents and ways to avoid them. In urban environment a Dipole Antenna isn't symmetrical so there is Z and J at the connection point presenting a mild to severe mismatch with the coax cable Z. That means that there will be RF current running on the outside of the coax cable. That current is known as Common Mode Current. The way to suppress it and block it down the cable, all the way to our station, is to induce a very big inductance on its path in the form of a coil. Either with a few turns of coax cable through a ferromagnetic material or more turns of coax cable air-wound. For my case I choose the second option simply because is more home-brew than the first!
I bought 10 meters of RG58 coaxial cable and I've made 24 turns on a Ø 120 PVC pipe using the whole length of it.
In my search I've read suggestions of using 18 to 21 Feet of coax cable for a 1.8MHz to 30Mhz coverage. ARRL suggest such a length of coax for frequency coverage between 3.5Mhz and 30Mhz. Also visiting pages and sites although the initial claim was that the current choke covers the whole MF-HF radio-amateur frequencies, actually they were dealing from 3.5Mhz up.
I found also a Greek site of SV1BYO were I found a lot of help and made me make up my mind, partly*, on the cable length I am using.
Now there is controversy on the way to make the coil, although it shouldn't.
By definition when you want the maximum inductance of a coil, you must place its turns side by side.
Hamuniverse
NOTE: Some people build choke-baluns, without a plastic coil-form, by scramble-winding the coax into a coil and taping it together. The problem with scramble-winding is that the first and last turns of the coax may touch each other. This creates two complications. The distributed-capacitance of the balun is increased and the RF-lossy vinyl jacket of the coax is subjected to a high RF-voltage. The single-layer winding on the plastic coil-form construction method solves these problems since it divides the RF-voltage and capacitance evenly across each turn of the balun"....AG6K
K1TTT
- Don't bunch the turns together.  Wind them as a single layer on a
form.  Bunching the turns kills the choking effect at higher
frequencies.
K3DAV (who can't tell shit from shinola)

The truth is, the wrapped up extra coax to the bottom right of the pic would probably do the same and equally effective job as the perfectly wound coax on the PVC tubing. Believe it or not, it's true. Well.... actually the extra coax should be tightened up into more of a donut shape. Then it would work as well as the coax on the PVC tube would. An RF choke coil is not rocket science, although many would like to make it seem that way.  I have seen the many websites that tell you how to build a choke coil.  They show charts of capacitance and inductance measurements and tell you the coil should be a specific length and size for different frequencies.  They tell you where to mount the choke within the feedline.... blah blah blah blah blah...and so on.....

*SV1BYO call for a length of 9.49 meters of coaxial cable for the choke to be operational from 1.8Mhz to 30Mhz. He took the RG 58 cable diameter as 49.5mm whereas mine has a diameter of 52mm aprox. There were some slight differences between his calculations and my temporary construction of the choke. That is why I've decided to use the whole length of 10 meters. Even if the turn ratio is very high for the higher bands, it will be fine for the lower ones!
To be continue..

update!!!
The coaxial choke resonates at 18Mhz as checked with my Leader LDM-815 dip meter. That is more than adequate given the fact that the Solar Cycle goes to nadir and some, pessimistic I must admit, predictions dictates that the phenomenon will continue past the middle of the Century.
The coil consists of 10 meter length of coax cable and 24 (and a half!) turns. Measuring its Inductance with my MFJ 259B, it shows an XL of 554 Ohm at the lowest frequency it can go i.e. 1.7613Mhz and a continuous rise up to 2Mhz where the Xl is the limit of 650 Ohm.
Excellent!
to be continued with more measurements and tests!
Αναρτήθηκε από takis perreas στις 00:48:00

WHEN IN dire STRAITS... 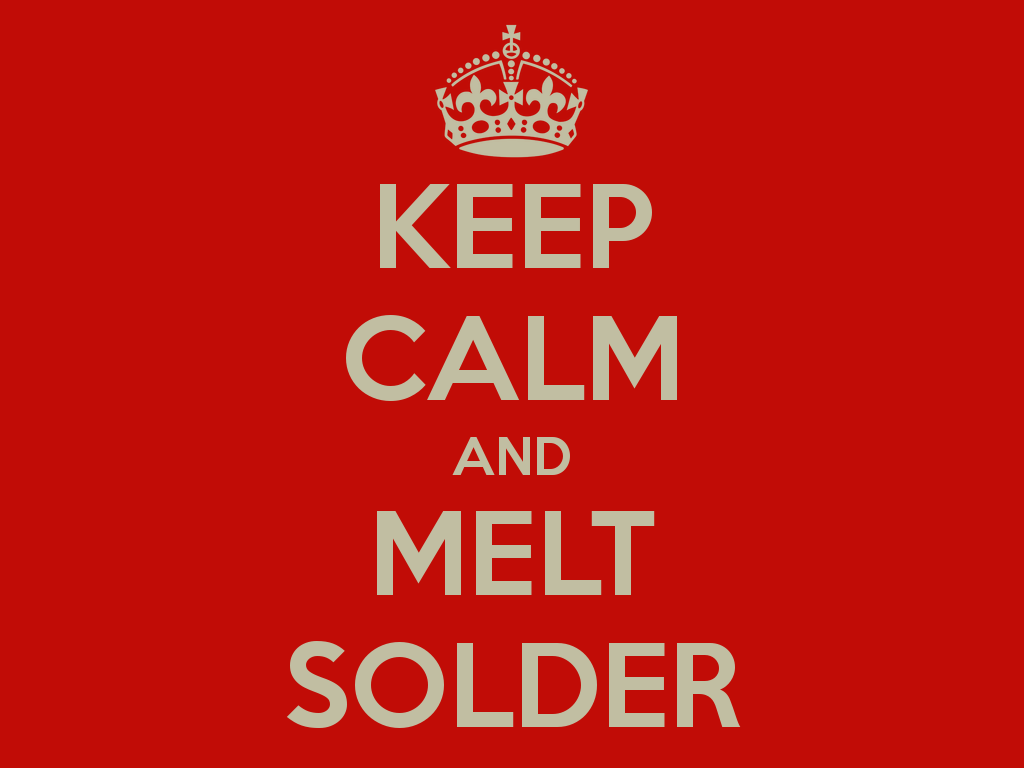 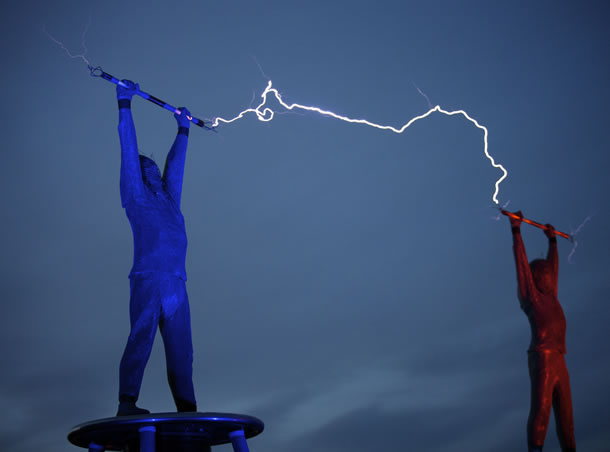